On Sunday afternoon we decided to get out of the house. Had heard from friends about a swimming hole located out at Pauatahanui's Battle Hill farm. Not knowing what to expect, we bundled into the car (dragging our youngest off the Playstation) and with the promise of a swim and a skate at the local skate park afterwards. 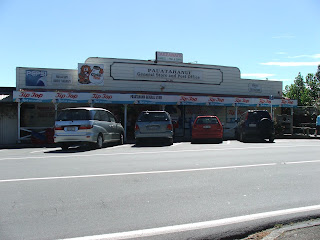 A general store. I couldn't believe it. "Quick pull over" is an oft-used phrase in our car. I felt a photo opportunity too irresistable to ignore coming on. Pauatahanui General Store and Post Office, with a cafe next door, and an art gallery around the corner. Plus a mint church up on the hill. What else would a settlement alongside an inlet need. 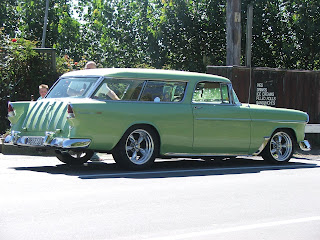 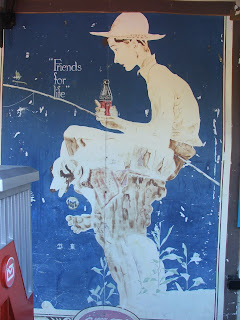 Isn't this vintage Coke sign just to die for. "Friends for life". I have a few of those. 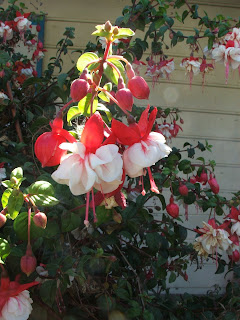 Living in Wellington, I must admit, I feel a bit ripped off every summer in a few ways. Growing up in the far north (Ahipara) where the days are long, dry and hot and the beach shimmers during the mid day. Wellington just doesn't quite lay it on in the same way. This flower reminded me of my grandmothers flower gardens, a whole quarter acre of them - hibiscus, gladiolies, rhodedendrons, chrysanthenums, marigolds, carnations, and fruit trees. 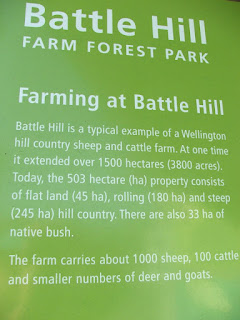 After oohing and aahing our way through the countryside, we came to Battle Hill. 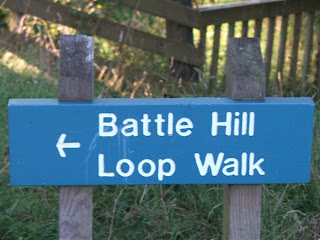 And did part of the Loop Walk. 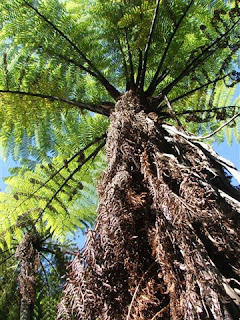 Look at this majestic fern, we called them 'Pongas' when I was small, and my grandfather would chop them down and my grandmother made containers with the trunks if I remember correctly. 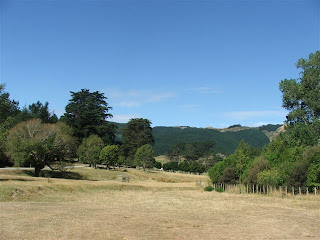 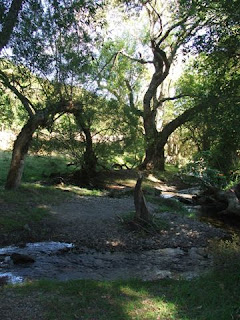 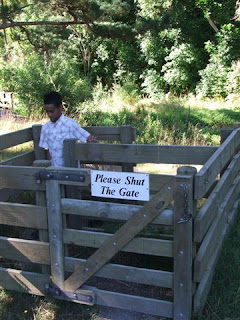 Being a city girl, I find things like gates quaint. 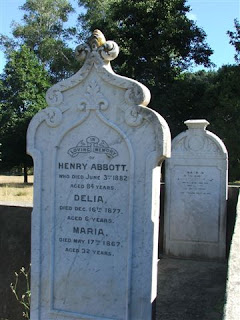 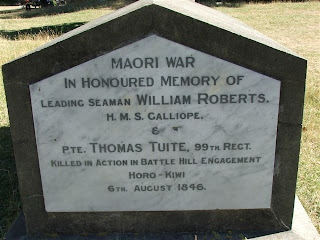 I am Maori. When I was at school, they taught us English history. We never studied Maori heroes like Te Rauparaha, Te Whiti and Hone Heka for instance. Our own tribal history was ignored but we were encouraged to look at the War of the Roses, and WWI/II. Did you know that Captain Cook discovered New Zealand. That is, if you ignore the people who were already living here, the complete civilisation that already existed in many of these 'discovered' lands. Our Maori warriors were written up as troublemakers. In much the same way Ghandi and Nelson Mandela were. I wondered as I read this tribute/memorial whether the Maori who were killed in this engagement also had a memorial somewhere to honour their contribution and bravery to protect their lands and way of life. Things like this raise more questions than answers for me... 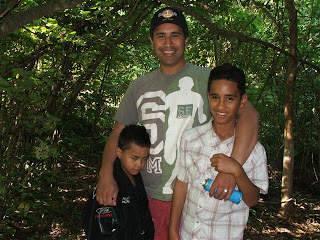 A few Polynesians in the bush. Just like the old days. Two are smiling, one is forlorn and droopy. 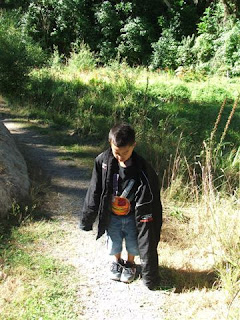 My youngest was dragging his feet. At first I thought it was because he wanted to be at home playing the dreaded playstation. He's wearing his brothers big coat on a hot day. Major clue but I missed it. 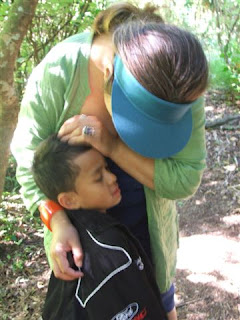 Yep, he had a temperature. Started crying and didn't stop for 24 hours. He wasn't well. He keeps getting these 'viruses'. You know, take them to the doctor but there's nothing they can do. He has this twice in two weeks, poor old sausage. So we turned back. I thought he was crying because daddy was singing "we're going on a bear hunt" as we entered the darker foresty bits. (And why are the only photos of me so poor. At least I have my favourite outfit on, my green linen shirt, vintage royal blue towelling dress, orange bracelet and yellow shoes. It's my summer outfit.) TheBoy2 recovered the following day and is back to behaving like a frantic little puppy. So five! 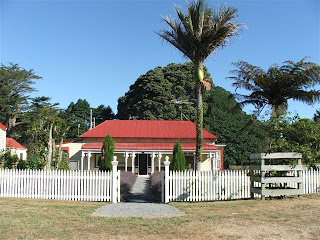 The Rangers Office. Notice the traditional red colour. Very colonial. There were some roosters running around and we pulled over to look at them. Hahaha, we are so urban. 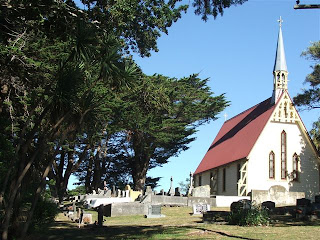 St Albans, the very quaint church on the hill and the discovery of this fantastic cemetery. 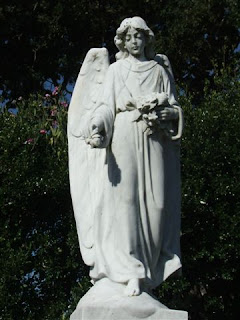 I found this angel when I turned a corner, thinking I would just get a shot of the harbour then head on down the hill to my family waiting in a hot car. Instead I found more burial sites including these sweet one, and rose bushes galore. Apparently some women started tending this neglected site a few years back and now has established rose gardens here too. 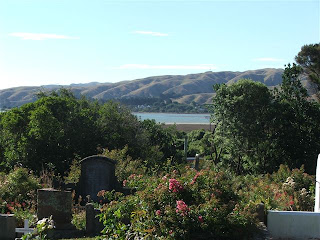 The photos didn't do the 360 views any justice at all. The sky is so big from up here. 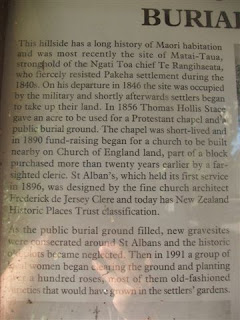 The history of this hill. 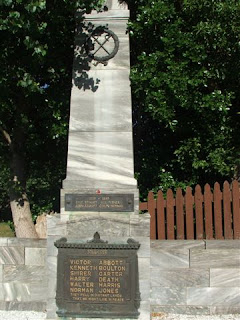 Another memorial. "They fell in distant lands that we may live in peace." My grandad fought in WWII. He told me about the ghastly things that he endured. Tropical illnesses, weather so hot and wet, never taking your boots off (some soldiers had their socks cut out of their feet cause the skin had grown over them), the robbing of corpses. I was little and we used to sit in the garage (his space) in the afternoons when it was too hot and talk. He was a quiet man. A cabinet maker and retired. My grandparents were old when I went to live with them. I am in awe of soldiers, the bravery and the passion in which they serve. The enemy is only dependent on which side you stand on. My German friend told me she was brought up to believe that Westerners were evil. She was there when the wall came down and she was petrified thinking we all wanted to kill her. Time softens things. This memorial can only be a reminder of things I hope my sons never experience. NZ government doesn't send our military into battle but on peacekeeping missions and the cleanup operations after a war. I am proud of our country and grateful not to live in a war torn one. I often wonder about those mothers who must raise children in those hell holes. 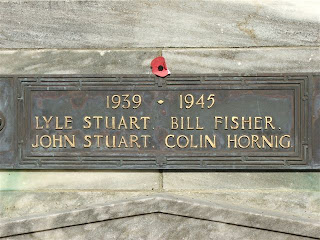 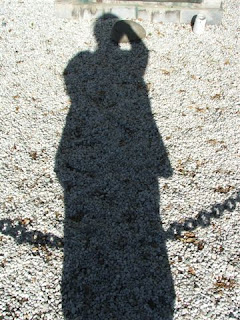 And here I am. So maybe a decent photo of myself after all. 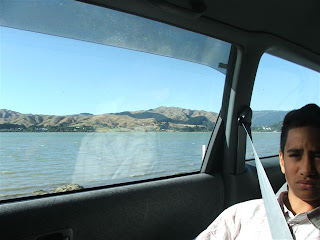 And a final snap of the Pauatahanui inlet (Porirua's 2nd harbour) as we made our way home. Again another 360 vista that this photo cannot even begin to portray, but my son is so very handsome don't you think.
Posted by Ahipara Girl at 10:09 PM